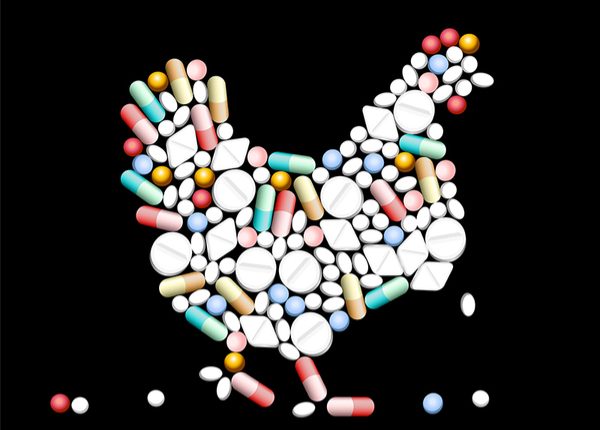 One of the most pressing public health challenges today is antibiotic-resistance bacteria. While all humans are at risk, children are especially vulnerable.

In 2015, the American Academy of Pediatrics (AAP) published a technical report on the practice of adding antibiotics to the feed and water of healthy livestock. The report concluded the practice often results in drugs being ineffective when they are necessary to fight infections in people, “especially among the youngest among us.”

At issue are all forms of meat – beef, pork, turkey, and chicken.

The AAP called on farmers to stop using antibiotics for the purposes of causing livestock to grow faster. This over-feeding and over-exposure to antibiotics for non-medical purposes can cause massive problems when animals develop infections that can’t be stopped by traditional antibiotics used for illness.

The AAP’s report’s lead author, Dr. Jerome A. Paulson, AAP’s immediate past chair of the executive committee of the Council on Environmental Health, concluded, “The use of antibiotics in animal feed and/or water that’s fed to the animals will cause the bacteria that are in the animals to become resistant to those antibiotics.”

The AAP points out children are particularly susceptible, especially infants and those under the age of five. Kids with compromised immune systems or children hospitalized for trauma are also at a greater increased risk.

The AAP report indicates the widespread practice of using antibiotics on healthy livestock makes the drugs ineffective when they are needed to treat infections in humans.

In Scientific American, study co-author Dr. Theoklis Zaoutis of the University of Pennsylvania and the Children’s Hospital of Philadelphia noted, “The antibiotics that are fed to the animals lead to the development of antibiotic resistant bacteria in the animal.”

The Centers for Disease Control and Prevention (CDC) estimates that at least 2 million people in the U.S. each year become infected with bacteria that are resistant to antibiotics. At least 23,000 people die each year as a direct result of these infections.

| Around 80 percent of the antibiotics sold in the U.S are used in meat & poultry production.

These antibiotics can help fight disease and infections in farm animals, but antibiotics are also used for nonmedical purposes. Farmers use them to make animals grow at a faster rate while consuming less food. Growers argue antibiotics are necessary, but critics counter that the overuse of antibiotics has many long-term adverse effects.